In Bellucci’s intentions, this Lorenzo Giustiniani’s Last Holy Communion was a preliminary work for a larger scale painting commissioned by the church of San Pietro di Castello in Venice to celebrate Giustiniani’s canonisation in October 1690. 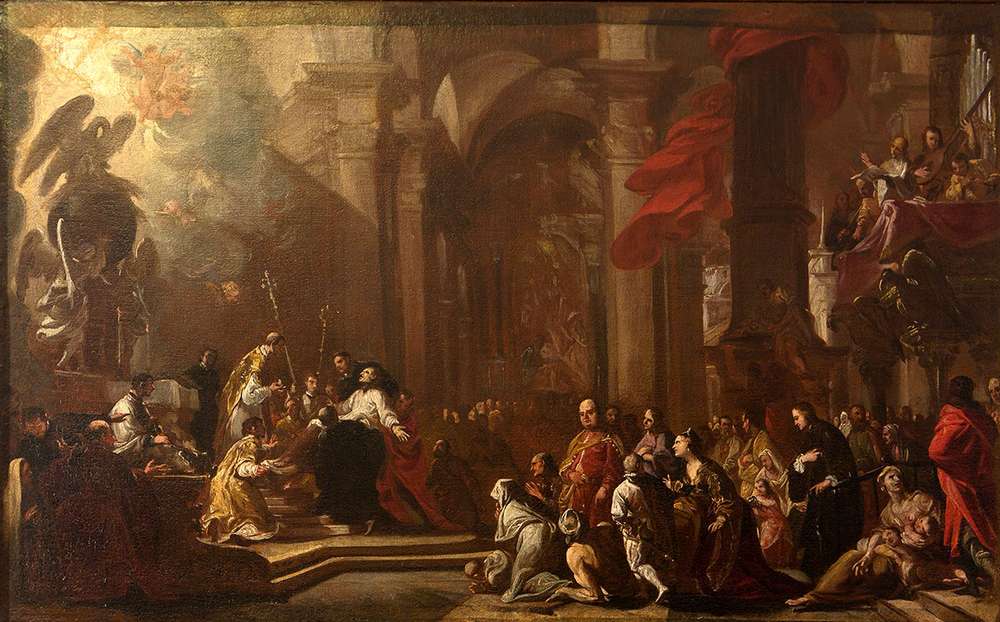 The final painting however was never produced, because the overall iconographic programme was changed: Bellucci was therefore asked to paint a different episode of Saint Lorenzo Giustiniani’s life, namely Doge Nicolò Contarini’s vow asking the Saint’s intercession for the Virgin to put an end to the deadly plague of 1630 – a painting that can still be admired in the church of San Pietro in Castello.

Being Lorenzo Giustiniani’s Last Holy Communion a preparatory work, the essence of the artist’s pictorial language is not fully legible: the attribution to Bellucci, however, is based on the definition of the figures, and of their faces in particular, with their sharply silhouetted profiles and pointed noses, and is further confirmed by Bellucci’s self-portrait that can be recognised in the figure turning his glance towards the viewers.

Bellucci was very active in Venice but also worked extensively in many other European capitals such as Vienna, Düsseldorf, and London, translating a repertoire of historical and allegorical subjects into powerful scenes recalling the style that Pietro Liberi launched in the seventeenth century.