Unknown seventeenth-century painter from the Veneto

Portrait of Angela Adorni Sbardellini, Prioress of the Zitelle

In this portrait we see Angela Adorni Sbardellini as a young twenty-year-old bride, but as the inscription asserts, we know that she was later to became the prioress of the Casa delle Zitelle where she voluntarily retired due to her early widowhood. Angela Adorni was elected prioress in 1709, being held capable of carrying out this weighty duty despite her advanced age. The portrait, free from the severe canons usually adopted in paintings the governors commissioned upon the death of a benefactor, probably used to hang in Angela Adorni’s private apartments. In view of its characteristics, the painting has been ascribed to a Lombard artist active in the area of Bergamo, who in this portrait gives proof of his talent in the meticulous rendition of the sumptuous French style dress, with its laced neckline and cuffs and ribbons, and of the exquisite jewels and fan secured to the belt with a small gold chain. 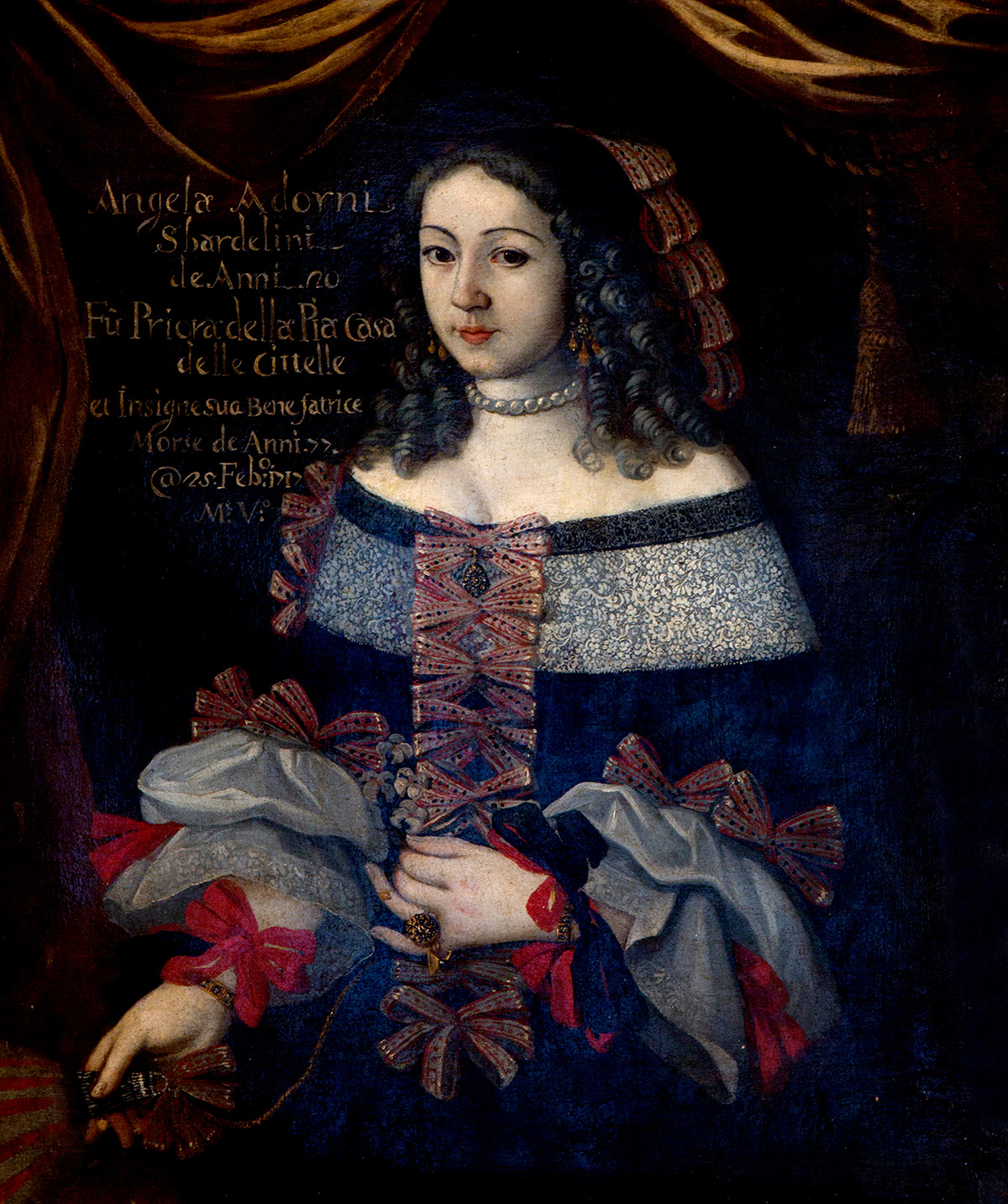