The Liberation of Saint Girolamo Miani

This painting that bears its date of execution – 1712 –, has been attributed to Girolamo Brusaferro and depicts the episode of the Virgin’s miraculous liberation of Girolamo Miani, founder of the Somaschi Fathers. Captured by the French after having strenuously defended the castle of Quero (Belluno), Miani was kept prisoner for over a month until one September night a woman dressed in white appeared before him, handing him the keys to unlock the shackles and the door of his prison cell. She invited him to go to the church of the Madonna Grande to fulfil a vow he had made during his imprisonment. 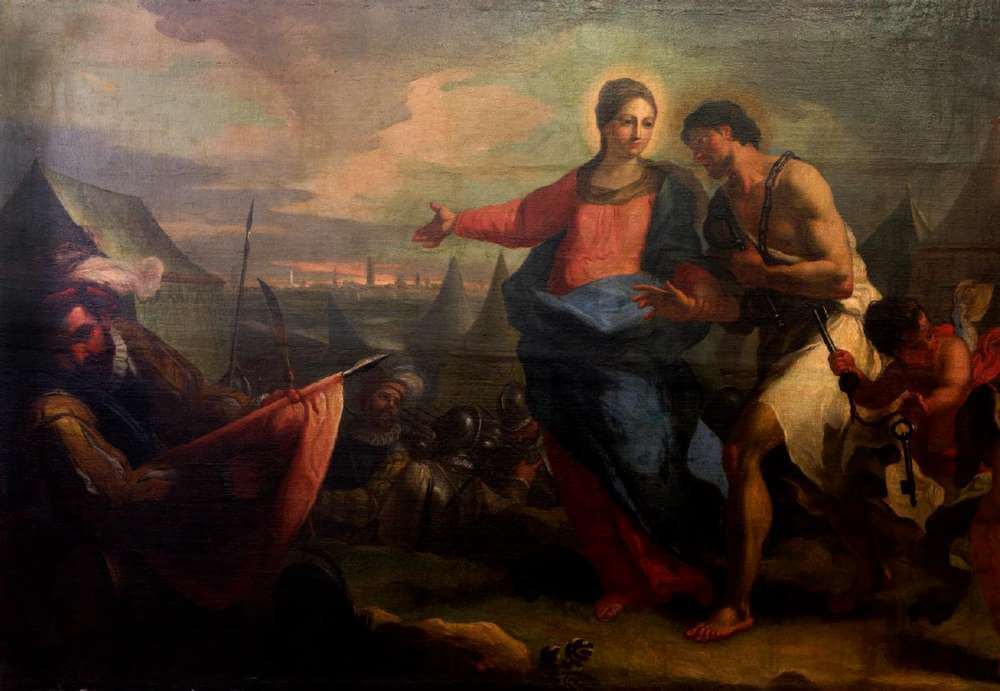 The style of this painting, especially the plastic rendition of the saint’s body, owes a great deal to Brusaferro’s master Nicolò Bambini.

The picture was executed in 1712, before Girolamo Miani was beatified (1747), so it can be posited the painting was not commissioned to be publicly displayed in a church but rather as a representative work for the Ospedale di Santa Maria dei Derelitti which Miani himself had founded in 1527. This hypothesis would explain the painting’s size and proportions.