The Presentation of the Virgin in the Temple

Bartolomeo Marchesi, a merchant originally from Bergamo, was one of the first governors of the Pia casa delle Zitelle. In his will of 1583 he stated his wish to be buried in the new church that in those years was being erected after Andrea Palladio’s project – to this purpose he allocated five hundred gold ducats for the construction of an altar (1586) that was then complemented by this outstanding altarpiece by Leandro Bassano depicting The Presentation of the Virgin in the Temple.

The composition is organised around a vertical axis culminating in the figure of the Infant Mary beheld by her elderly parents as she climbs up the temple steps.

At the bottom of the stairs to the right are the donors Bartolomeo Marchesi and his wife Gerolama Bonomo, while the rest of the scene is occupied by a number of characters each bearing a specific liturgical reference.

Attribution to Leandro Bassano is not unanimous among art critics: some believe this altarpiece was by the painter’s elder brother Francesco. 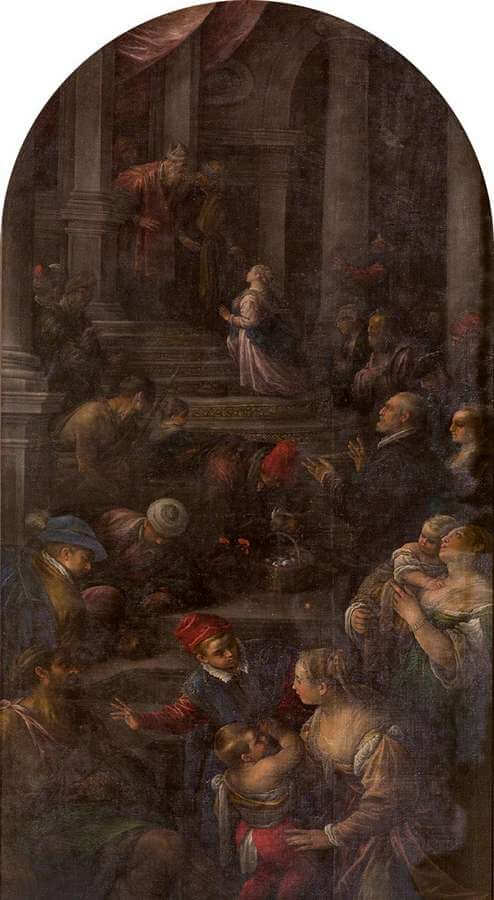