The Virgin in Glory with Saints Rose of Lima, Dominic, Mary Magdalene, Lorenzo Giustiniani, and Margaret of Cortona

This painting is the altarpiece of Santa Maria delle Penitenti, the church whose erection started in 1725 after a project by architect Giorgio Massari.

The church entitled to the Virgin and Saint Lorenzo Giustiniani was inaugurated in 1744 and Jacopo Marieschi’s painting could date to that same year.

The artist divided the composition into two separate sections: the upper section with a lighter chromatic modulation is characterised by the Virgin and Child in the act of handing the Rosary to Saint Dominic with cherubs and angels all around. Next to them is Saint Rose of Lima dressed in a Dominican robe. The lower section instead features an altar around which stand Lorenzo Giustiniani, Margaret of Cortona dressed as a Franciscan, and Mary Magdalene holding up the jar with the ointment she used to anoint Jesus’s feet.

The stylistic features of the painting relate it to the artist’s production of the second half of the 1730s that includes, for instance, a group of Friulian altarpieces attributed to Marieschi and Gaspare Diziani. 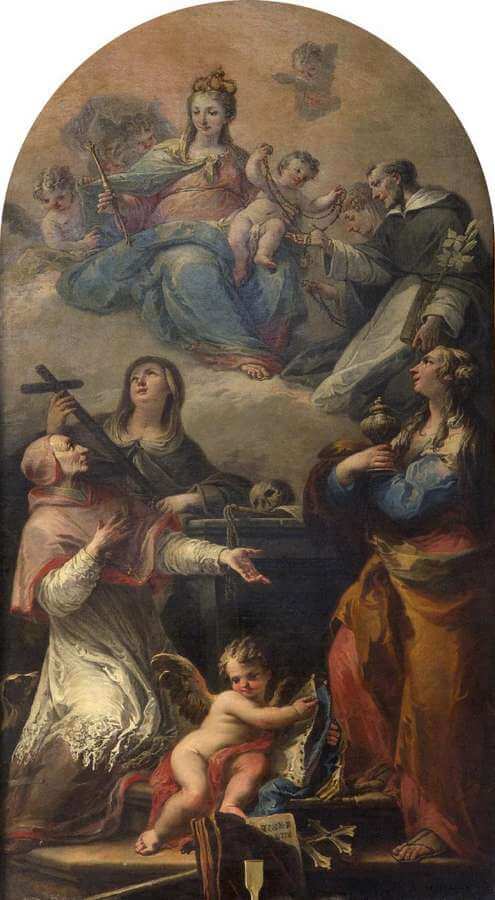