Virgin and Child with Two Cherubs

This fascinating and moving sculptural group was found years ago in the attic of the Muneghette hostel in Venice in very poor conservation conditions. At that stage very little of the original sculpture could actually be detected, for over the centuries layers of gilding and paint had been added. The group was restored in the 1970s allowing attribution to the famous Florentine sculptor Jacopo Sansovino and its dating to the early 1530s. Sansovino at that date had already been appointed proto delle Procuratie de supra and was soon to be put in charge of the architectural and urban planning interventions to be carried out in Venice. This sculpture is certainly a preparatory study that was probably meant to be translated into a wax model and then into a final bronze sculpture. The Virgin is captured in the act of rising from her seat, with her body moving forwards, a solution that suggests the statue was probably to be placed at a certain height. The composition is very similar to that of the statue Sansovino conceived for the Arsenal’s hall in 1533 and also to the one he created a few years later for the Loggetta of Saint Mark’s bell tower. 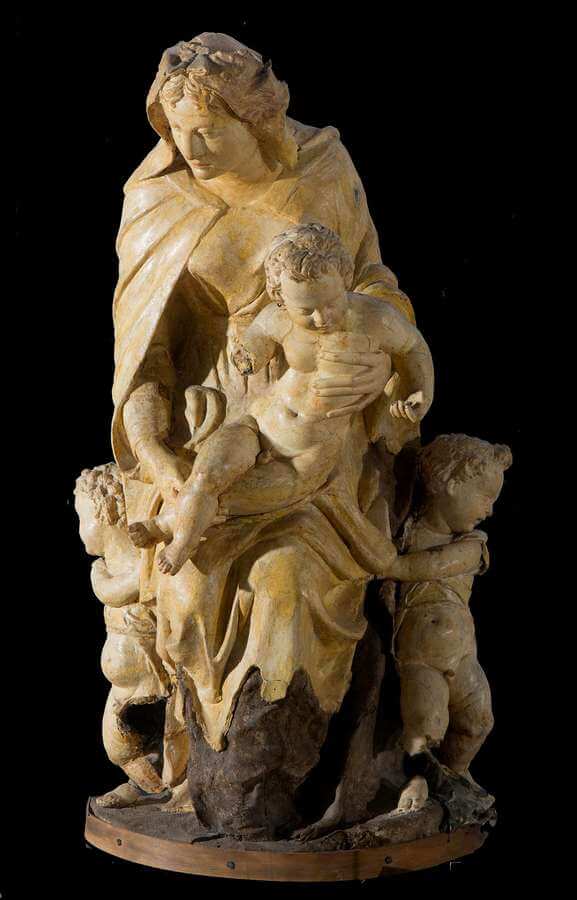