The author of this fascinating painting is Francesco Pittoni, a Venetian painter of the second half of the seventeenth century. Very few are the works that can be attributed to this artist, who in this Noli Me Tangere scene showed his appreciation for the tenebrists (such as Antonio Zanchi and Johann Carl Loth).

The scene describes the episode in the Gospel where Magdalene finds Jesus’s tomb empty. Scared and confused she meets a man dressed as a peasant whom she thinks is the garden keeper but who is really the Saviour.

Although the poses of the characters are somewhat static and affected, Pittoni’s palette – the vibrant blue of Christ’s robe and Magdalene’s red drape, for instance – add a touch of quality to the whole composition.

In 1721 the painting was included in the pictorial apparatus of the Istituto delle Penitenti, the institution that gave refuge to destitute women who had worked as prostitutes. Due to the painting’s large size, it can be posited that it was given a prominent position in order to be very visible to all the girls in the Istituto who could draw inspiration from the story of Magdalene and her repentance. 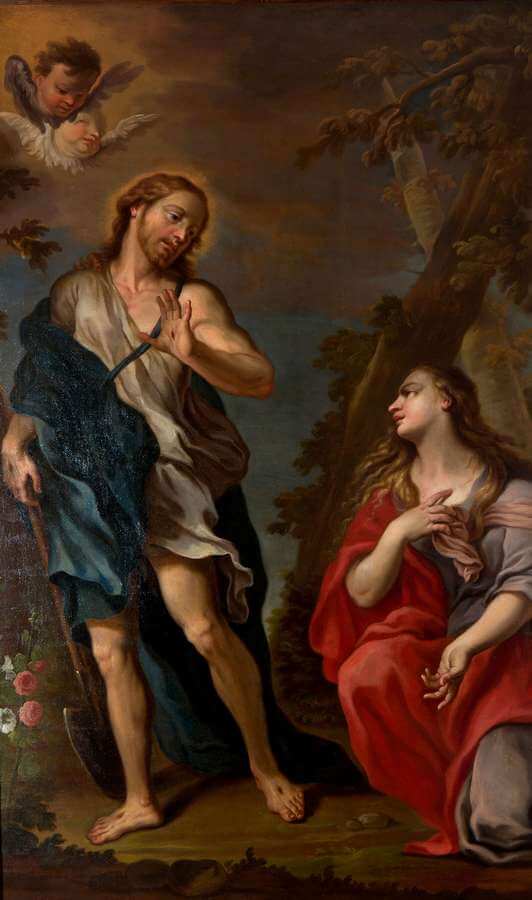