One of the first shelters in Venice

The foundation of the Ospizio dei Crociferi – originally established to give shelter to the sick and the pilgrims who in great numbers were making their way to or from the Holy Land during the era of the Crusades – can be set between the eleventh and the twelfth century.

Transformed into an almshouse for needy widows around 1400, the Ospizio dei Crociferi is one of the few Venetian institutions of this kind to have kept its fifteenth-century appearance (when its last renovation works were carried out): a simple gabled façade featuring a central oculus, four large elongated chimneys, and rows of windows corresponding to each of the guest rooms. 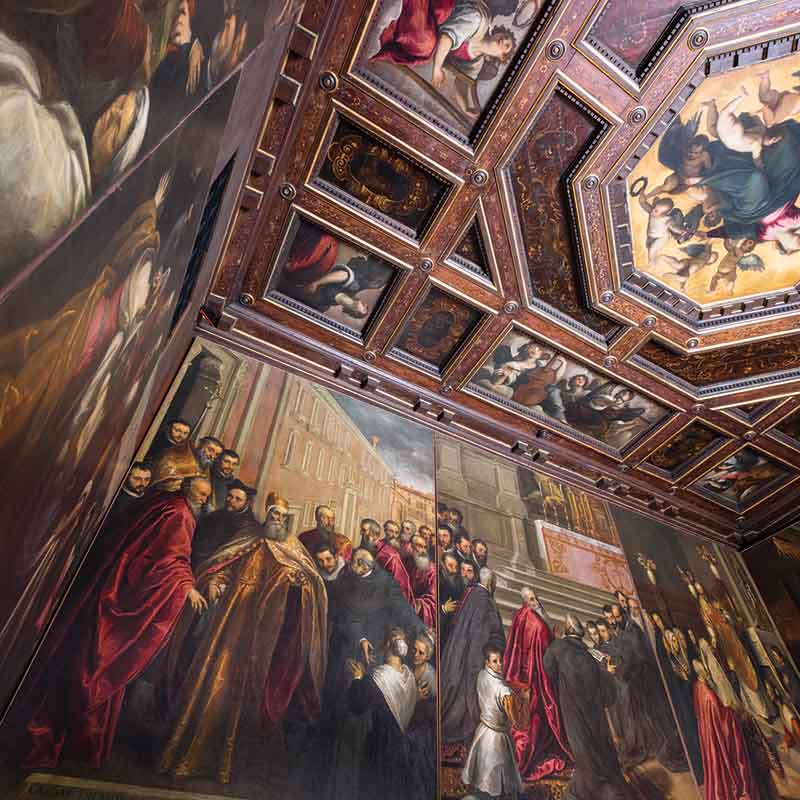 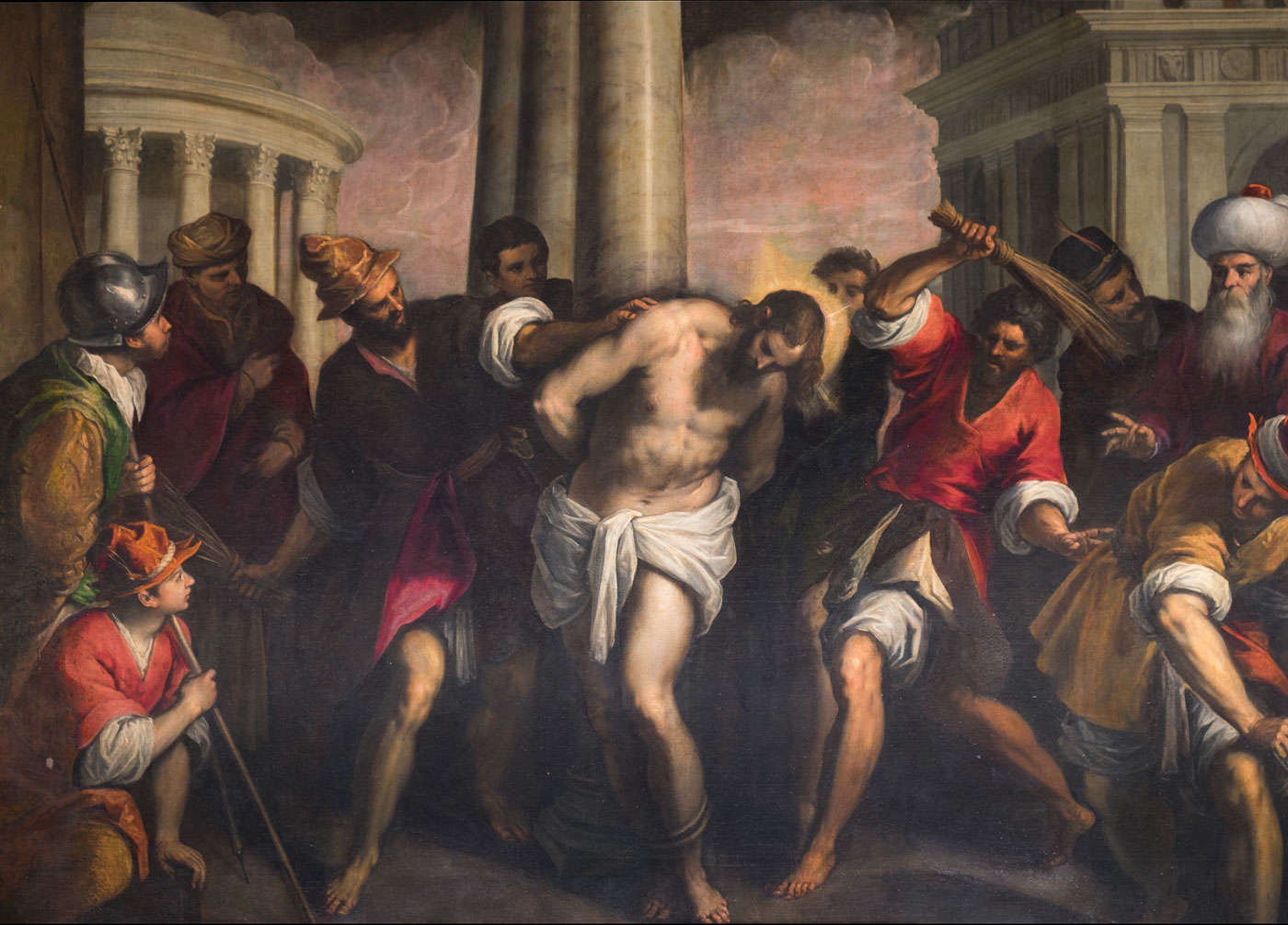 The plan of the interiors follows the typical pattern adopted by other Venetian almshouses, with common areas connecting to the rows of rooms on the two sides of the building and on each floor.

During the sixteenth century the complex was reborn thanks to Doge Pasquale Cicogna who commissioned the sumptuous decoration of the oratory adjacent to the almshouse. Between 1538 and 1592 Palma the Younger’s pictorial cycle was completed, covering all the walls and ceiling of the small space. The large-scale teleri depict some of the most important events pertaining to the religious order of the Bearers of the Cross (crociferi). 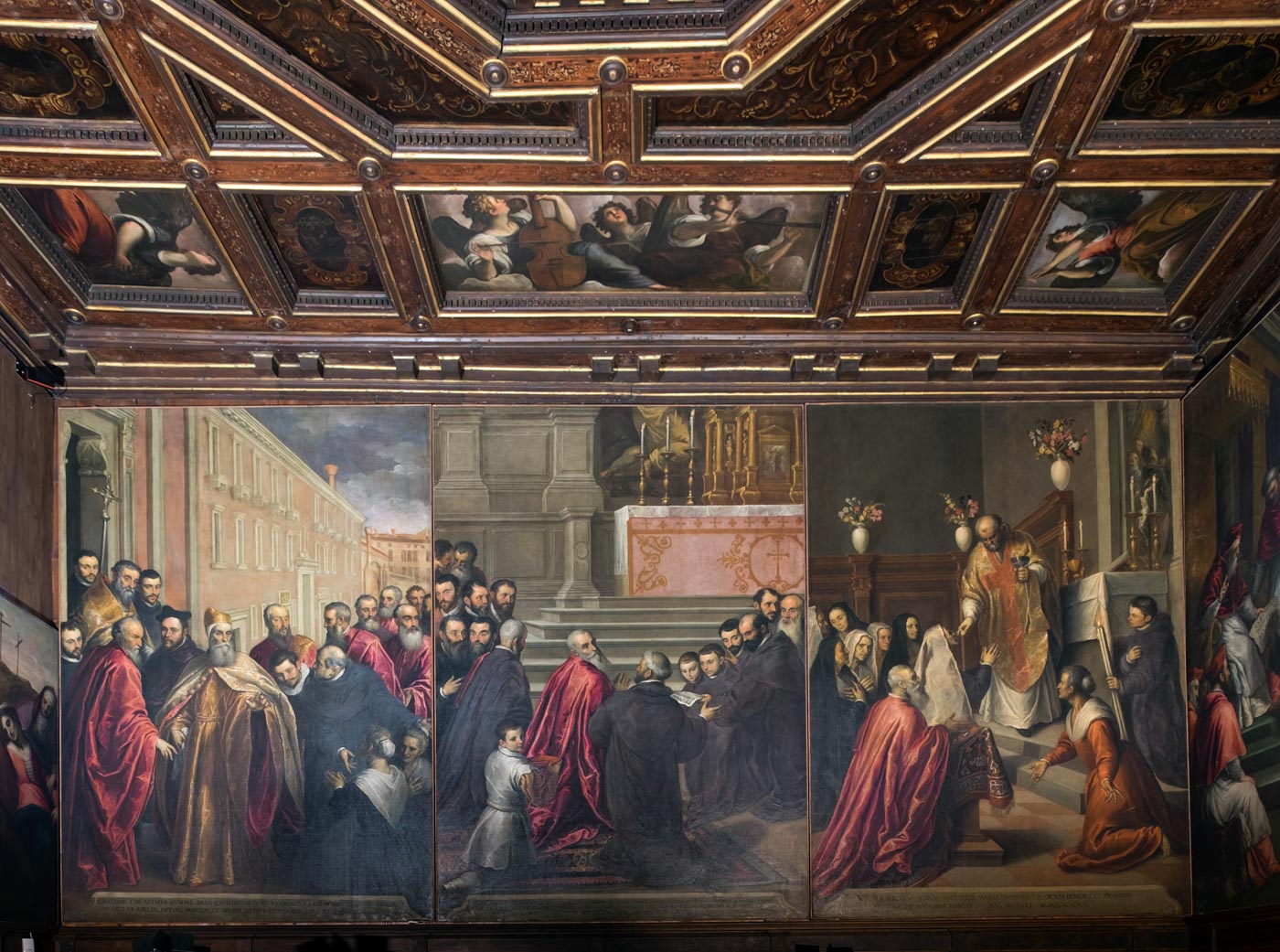 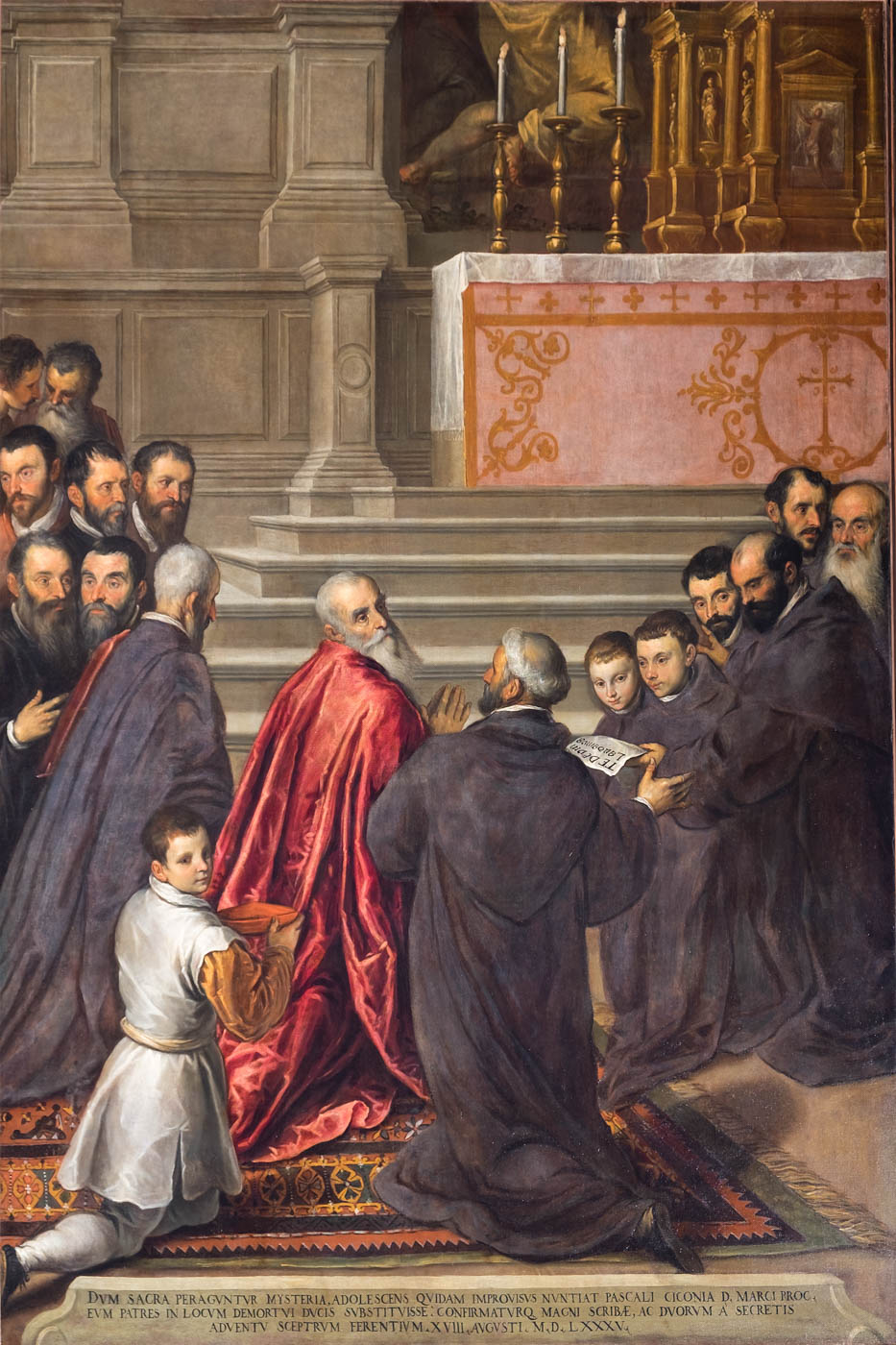 The reborn of the Hidden Jewel

After the fall of the Venetian Republic in 1797, numerous public administrations followed until 1807, when the Congregazione di Carità was founded with the purpose of managing Venice’s entire welfare sector. The oratory then passed on to I.R.E. (Istituzioni di Ricovero e di Educazione) and suffered serious damage caused by the high tide in 1966.

The oratory was reopened to the public in October 1984, after a complete restoration promoted by UNESCO and financed by I.R.E. and a group of international committees for the preservation of Venice.