Coronation of the Virgin

This splendid painting adorning the high altar of the church of Santa Maria dei Derelitti (commonly known as the church dell’Ospedaletto) is by Paduan painter Damiano Mazza, Titian’s favourite pupil – a promising artist who died at only twenty-six years of age during the 1576 plague that killed Titian too.

Unlike the established iconography, in this altarpiece the monumental figures of Christ and the Holy Father crowning the Virgin – in a rendition that is manifestly reminiscent of Titian – are no longer hieratically set against a golden background but are endowed with a more “human” nature radiating from the figures’ serene composure.

The description of the details and the colour palette are extremely refined as can be noted in the Holy Father’s left hand resting on the crystal globe and the shimmering weave of the cope draped on his shoulders. The painter’s mastery is also manifest in his rendition of the precious stones set in the crown about to be placed on the Virgin’s head and in the glory of angels whose outline seem to dissolve into the ethereal heavenly light. 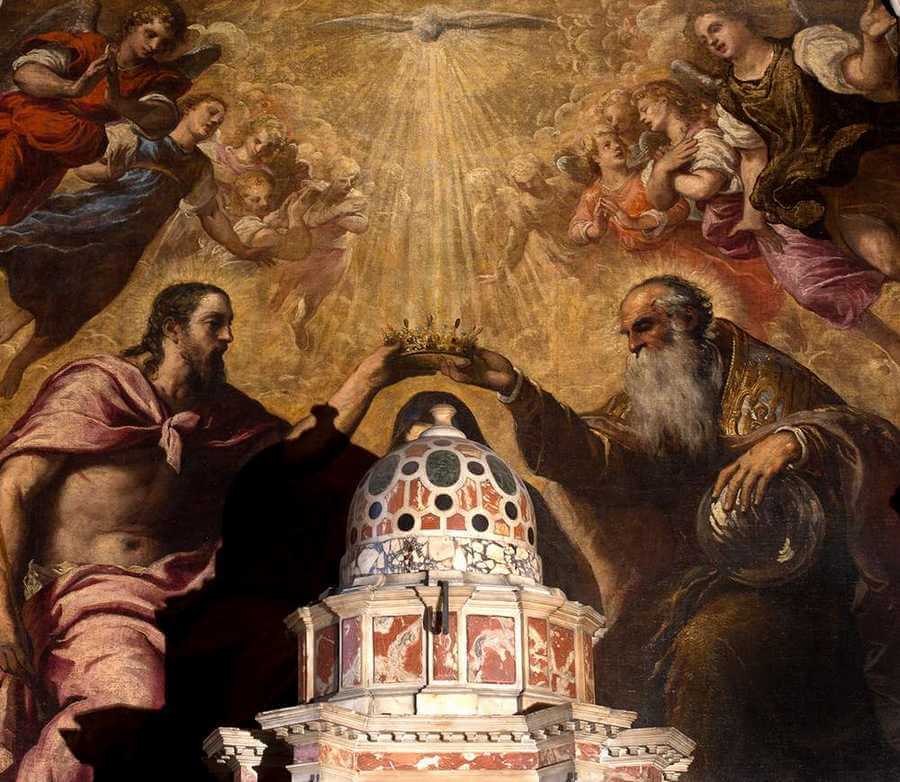 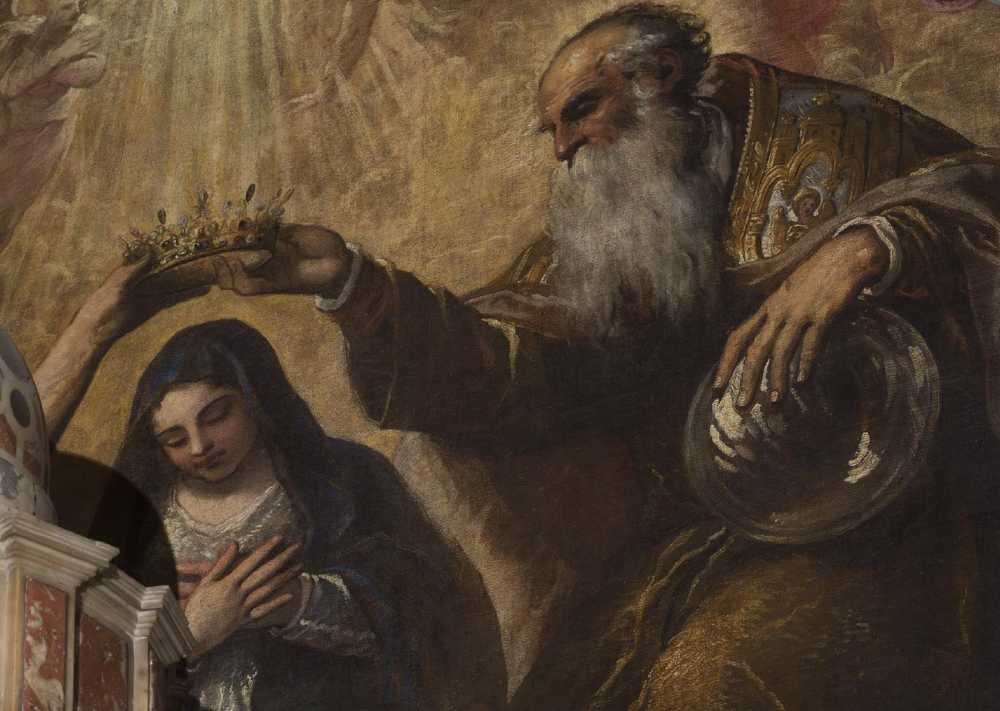