Venetian painter Francesco Guardi, mostly known as a vedutista, or view painter, rather than as a portraitist, here gives proof of his eclectic talent by immortalising young catechumen Lazzaro Zen with the Allegory of Faith beside him.

This Moor’s original name was Alì; he had arrived in Venice from Guinea – probably as a slave – when he was in his twenties and had been admitted to the Ospizio dei Catecumeni, an institution not far from the church of Santa Maria della Salute open to those who wished to convert to Christianity.

When christened, catechumens were accompanied by a godfather, usually a member of an aristocratic Venetian family. Alì’s godfather was Renier Zen, the governor of the catechumens, who decided to rename the Moor after one of his prematurely deceased sons. Lazzaro wears an elegant golden yellow ostrich-feathered hat with the coat of arms of the Zen family at the very centre. On his fine light-blue fur-trimmed jacket with golden passementerie is a valuable timepiece hanging from a chain. In the upper section of the painting to the left is the inscription declaring the man’s new name and the date of his christening, 27 November 1770. 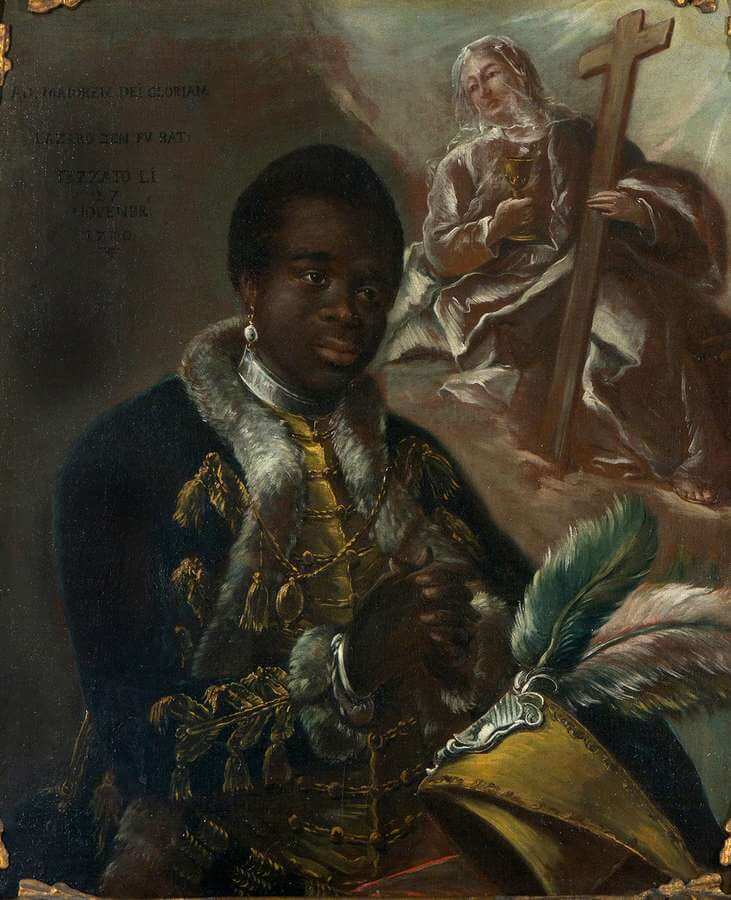