In July 2013, during the final stages of the restoration works carried out at the Istituto delle Penitenti, this interesting sculpture was casually found inside a niche in the wall of a room next to the church of the same name, where it had remained hidden for over fifty years. Its conservation conditions immediately appeared critical and the sculpture underwent cleaning and restoration procedures.

Art historians almost unanimously attribute this work to a late fifteenth-century sculptor from the Veneto due to its resemblance to the Crucifix of the church of Torcello or to the more famous Crucifix of the Basilica of Santa Maria Gloriosa dei Frari in Venice.

Jesus’s head is tilted to one shoulder, while his legs are slightly bent and his feet overlapped. Unfortunately the arms and the cross are lost, and very few fragments of polychromy have survived, such as the traces of gilding on the scroll. 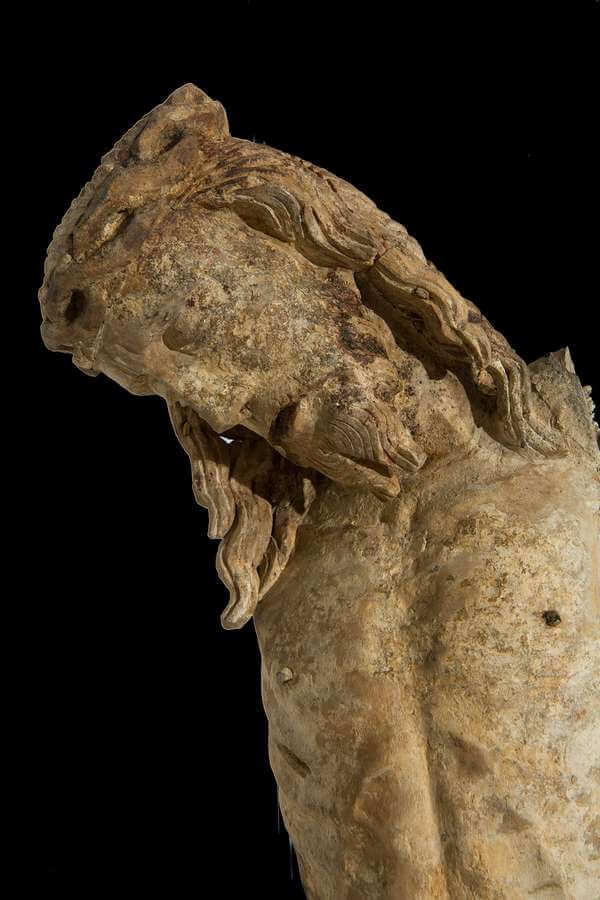