David with the Head of Goliath Samson Quenching His Thirst

In 1790, the Venetian noblewoman Marina Nani Donà donated this and other paintings to the Pio Istituto delle Penitenti of San Giobbe. Some art historians date this work to the mid-1680s, when the painter had reached full artistic maturity. 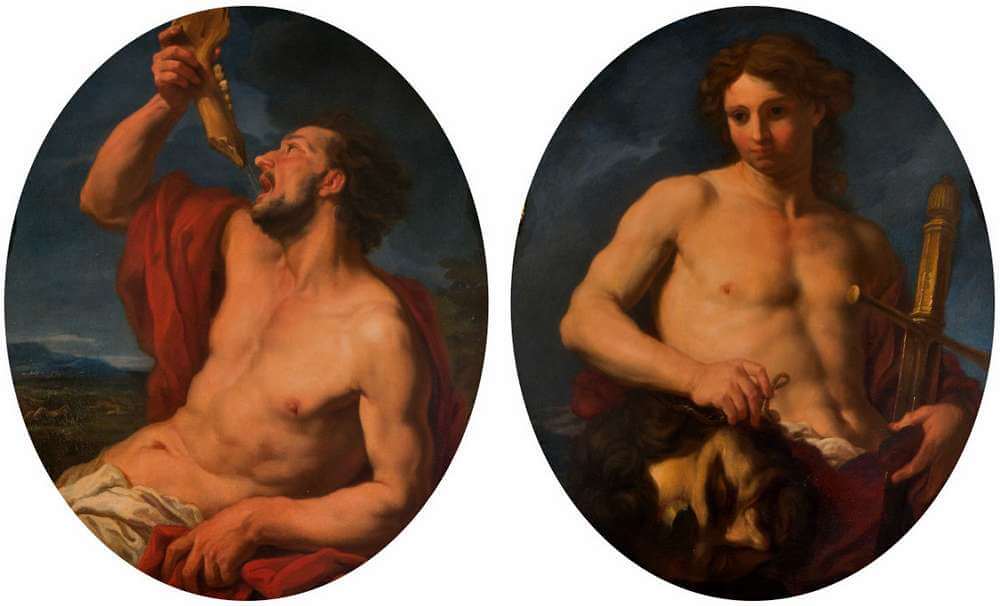 David is portrayed after having fought against the giant Goliath, the Philistines’ champion that the youth was able to defeat thanks to his intelligence, first hitting him on the head with a stone hurled with a sling and then with a sword with which he cut his head off.

Samson Quenching His Thirst shares the same historical and critical vicissitudes of the David. Samson is one of the Old Testament judges of Israel who is represented while quenching his thirst by means of the same donkey jawbone he used to kill over a thousand Philistines. Molinari’s pictorial figuration is terse, sharply outlining the characters’ anatomies with powerful volumes emerging out of the dark background.

Both paintings date to the last decade of the artist’s activity, when Molinari was one of the most famed painters in Venice receiving many public commissions from churches and confraternities.