Promoted by Galleria d’Arte Maggiore G.A.M. in Bologna in collaboration with Fondazione Echaurren Salaris in Rome

The exhibition revolves around the reinterpretation of Duchamp’s work Nude Descending a Staircase which finds a perfect location in the Scala del Bovolo. The nude (“nu” in French) is us (“nous”): we, who ascend and descend the Scala del Bovolo, are the protagonists of this exhibition. We are not mere viewers, we are also actors. Ascending and descending are central actions in the conception and carrying out of this site-specific exhibition. The works on display have been executed in a period of forty years during which Pablo Echaurren keeps the dialogue with Duchamp, the father of conceptual art, open. The patch develops in the physical space of the staircase whose spiral form is reminiscent of the binary opposition high/low and ascend/descend. Drawing on the work Nu descendant un escalier, the artist has created a series of signs telling the viewer, in an onomatopoeic pun, to climb the stairs (Nous ascendants un escalier) and then to descend (Nous descendants un escalier).

The exhibition is a voyage through distant/near and imagined/lived times linking three dates: 1917, 1977 and 2017.

1977: after abandoning art for some time, Echaurren joins the ironic and creative trend of the so called metropolitan Indians and elaborates a collective language based on a political use of Duchampean provocations: he creates fanzines, drawings, collages, and surprise happenings.

2017: the artist decides to retrieve all the materials from those times, such as notebooks and sketches, and to put them together with new works that highlight the fact that Duchamp can still be used as a basis to create a personal path.

The core of the exhibition is a series of collages that collide with the paper materials of the “boîte verte”, the box entitled La mariée mise à nu par ses celibataires, même (1934). This piece represents for Echaurren a stimulus and a cause for reflection on making art as a practice connected to the dimension of thought.

The box contains the reproduction of notes, photographs, drawings and torn pieces of paper concerning the conception of The Large Glass: a sort of toolbox, but also a potential collage. Echaurren, who has been creating collages since 1969, used copies of the facsimiles of the “boîte” to produce fifty pieces in an ideal chess match with the great master.

At the end of the itinerary, there is the ceramic sculpture U/siamo tutti Duchamp, a copy of the historic urinal signed R. Mutt on which Echaurren applied a sort of tattoo carried out with a Florentine technique of the 16th century. In this way, he transformed the object in an extravagant piece of furniture through a détourment between Middle Ages, graffiti, past and present, high and low. 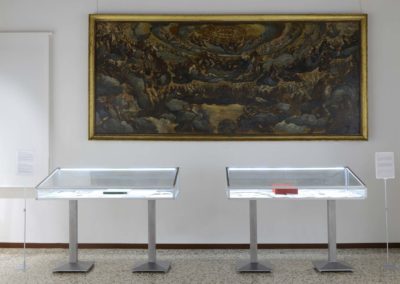 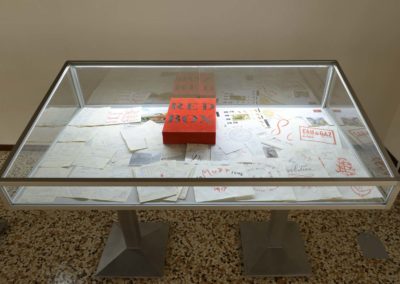 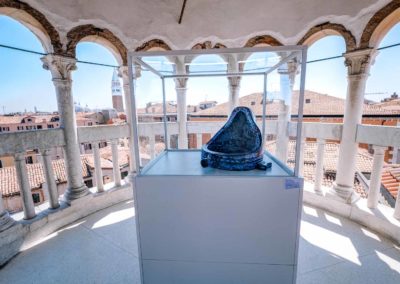