In 1581 the Crociferi fathers and the Procuratore of Saint Mark Pasquale Cicogna agreed to decorate the oratory next to the almshouse with a series of large paintings on canvas (teleri) illustrating the history of the religious order: Venetian artist Palma the Younger was commissioned the work.

This large telero depicts the generous patron of the order, Pasquale Cicogna, while attending mass officiated by Father Priamo Balbi. The picture offers an iconographic documentation of the interiors of the Crociferi oratory as it was at the time.

This telero, and the other two also portraying Cicogna, are most notable for the original approach with which Palma manifestly stepped away from the late Mannerist figuration that predominated on the Venetian art scene at the end of the Cinquecento. Palma described with realism all the characters in the telero, the faces of the almshouse elderly guests, the serene countenance of the cleric handing out the host, as well as the objects in the hall, such as the colourful bunches of flowers in the Murano glass vases on the reredos. 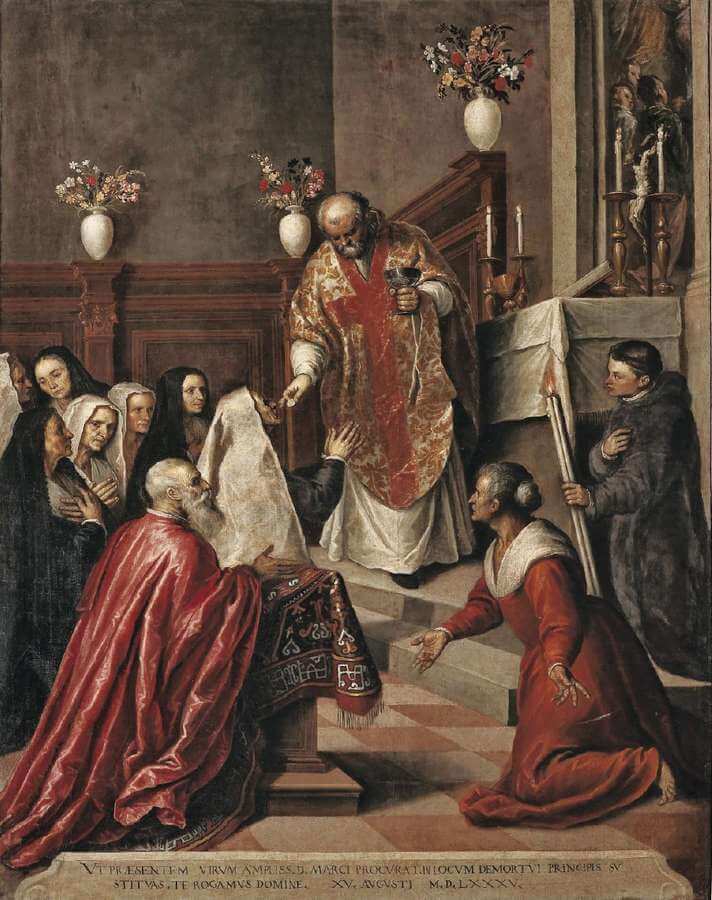