Donald Martiny is an American artist, currently living in the State of New York where he is well -known because he had the honor of placing two of his great works in the atrium/hall of the new World Trade Center.

His works of art are collected in museums, pubblic and private collections.

Even if he had the opportunity to exhibit in other italian and european galleries, the exhibition “Pathways” is his first experience in Venice.

His reference gallery is the Artea Gallery by Alessandro De Ponti, located in Milan.

His entire work has been influenced by the historical background where he was raised, particularly by the American avant-gardes. In the 1950s, abstract Expressionism or action painting predominated in America.

Action painting means paint of actions and it refers to the vehement, material and intense way in which the color was spread on the canvas, as if it was a real and proper action of the body.

These artists did not use brushes, but directly the movement of the arm (for example of Pollock’s dripping). Another feature of the action painting’s exponents was that they worked horizontally, with the canvas lying on the floor.

Martiny works horizontally too, but here all the similarities end.

The abstract expressionism’s generation came out of the war and brought all of theirself, their drama and it threw it on the canvas.

This element of drama gets lost in Donald’s art: the artist removes the canvas, the frame and any support and paints directly on a surface, on the ground, straight with color, placing it on the wall once it is dried. The work is autonomous, the color vibrates by itself.

Once his brushstrokes are hung on the wall, they must integrate with the surrounding environment, adapting to the space and relating with the observer: in many works there are gaps that allow the wall to emerge; the work fit with the wall and the wall becomes part of the work, as something that lives along the environment.

Martiny’s works of art are architectural and volumetric and they have to do with the space and the people who move around it.

The technique that is used is acrylic with a secret component in the color mixture that allows him to give elasticity to the paint as he is interested that all the characteristics of the brushstroke ramain (dripping, color fragments …).

The secret component allows him to create impermeability in colors: these maintain their own autonomy even in the points where they mix.

He has always been in love with Tintoretto, one of the painters who has always worked on the gesture’s speed and, in general, he is very attentive to the Venetian art. 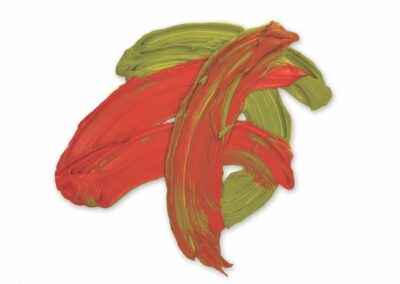 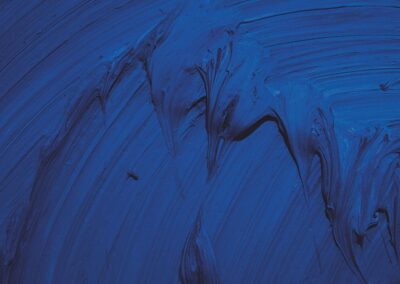 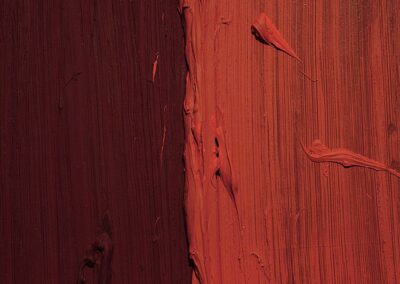 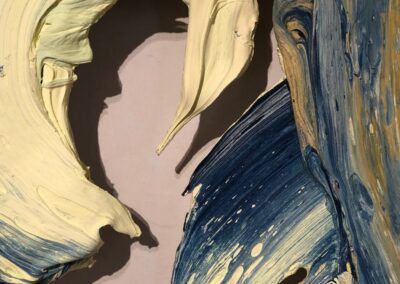 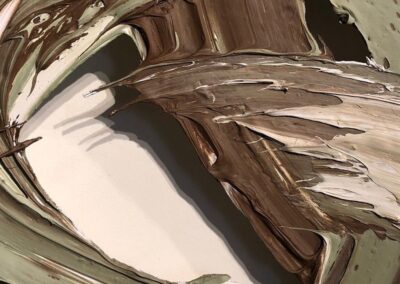 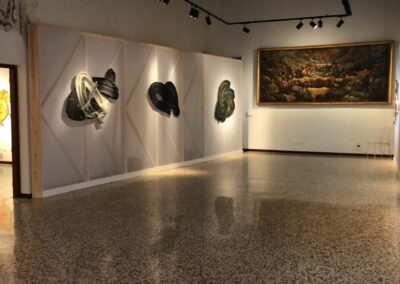