With this portrait, Flemish painter Daniel van den Dyck shows his talent as a portraitist, accurately immortalising the features of Bartolomeo Cargnoni, one of the most important patrons of the Ospedale dei Derelitti ai Santi Giovanni e Paolo. The painting dates to 1663, during the painter’s long sojourn in Venice.

Originally from Bergamo, Cargnoni was a fabric merchant who moved to Venice. The insignia of his business was an ostrich, for his workshop produced and sold feathered headpieces and decorations, along with exquisite lace made by the young girls living in the pious institution.

Upon his death, all of Cargnoni’s properties went to the Ospedaletto, prescribing they were to be destined to the erection of a new building and to the improvement of the architectural and artistic structure of the church. Thanks to his generous donation, Giuseppe Sardi’s notable oval-shaped winding staircase connecting the three grounds of the Ospedale was built along with the church’s new Baroque façade designed by famous architect Baldassarre Longhena.

A marble bust of Bartolomeo Cargnoni, sculpted by Bernardo Falconi, was then placed at the centre of the façade, between the grand telamons dressed as pilgrims. 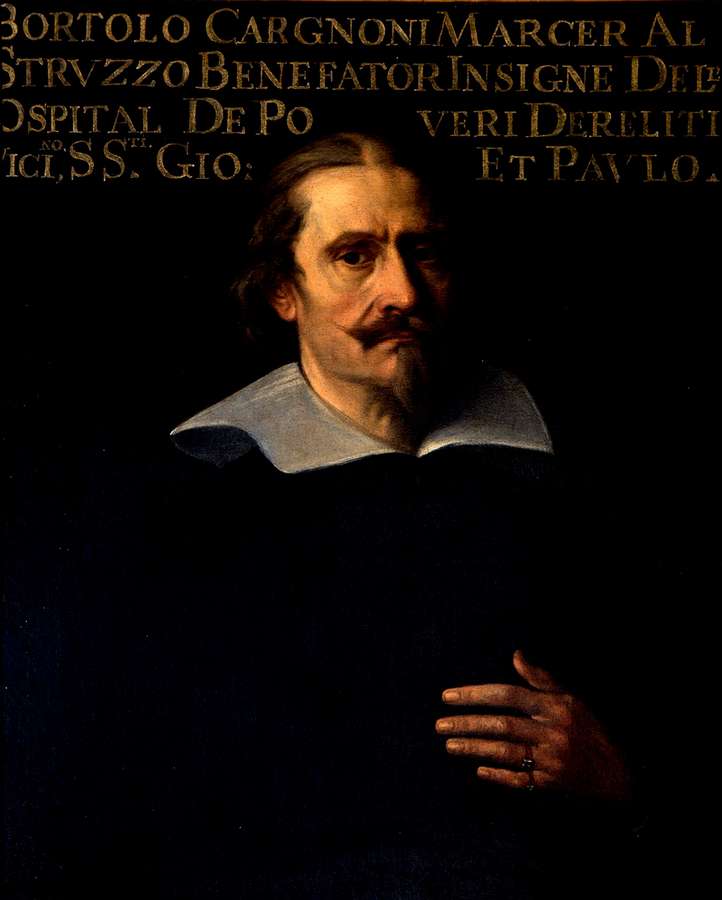