Giovan Benedetto Giovannelli, the Venetian aristocrat portrayed in this refined painting of 1732 as indicated in the inscription, was the brother of Giovan Paolo, governor of the Pia casa delle Zitelle. In his will of 1732, Giovan Benedetto left the institute a considerable patrimony as well as his rich painting collection.

Over the first three decades of the eighteenth century, the two brothers had in fact put together a notable painting collection. In their home in Venice there were one hundred and thirty-five paintings by fifteenth-, sixteenth-, and seventeenth-century Veneto and Flemish painters, while in their countryside villa near Padua they kept landscapes and vedutas by the leading artists of the genre (Canaletto and Carlevarijs, among others).

Giovan Paolo was also governor of the Ospedale dei Derelitti and can be credited for the admission in 1717 of Cecilia Guardi into the institution’s putte di coro – Cecilia was Antonio and Francesco Guardi’s sister who after the death of her father was in need of economic support. 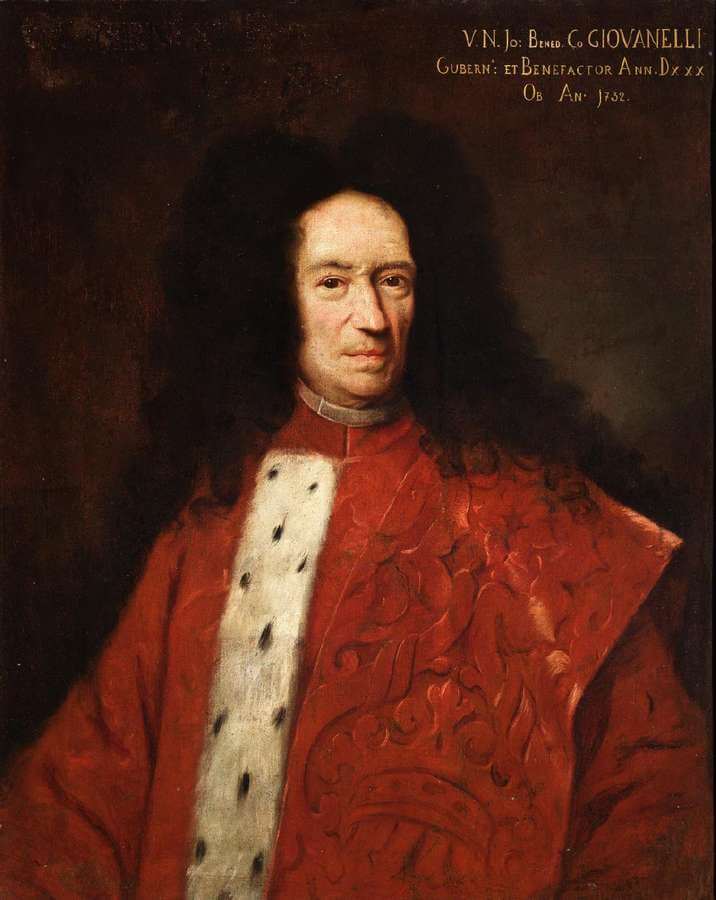