This painting, now part of the I.R.E. collections and once owned by the Casa delle Zitelle on the Giudecca Island, portrays Moceniga Mocenigo (1591–1676), the woman who directed the institution she herself had joined in 1655.

During her long rule, she generously invested in the decoration of the church that at the time did not possess a grand decorative apparatus. Moceniga Mocenigo therefore commissioned a number of paintings, including The Nativity of the Virgin by Pietro Ricchi from Lucca, where next to the woman holding the infant Mary there is another female figure in contemporary clothing that might be a portrait of Moceniga Mocenigo.

The high quality of the present portrait (Fondazione Querini Stampalia holds a very similar version) suggests its attribution to Carlo Ceresa, a well-known portraitist from Bergamo who might have painted it in the 1630s. The painter’s mastery is fully expressed by the almost northern meticulous rendition of clothing, jewellery, and hairstyle details as well as by the architectural background featuring a red velvet draping. 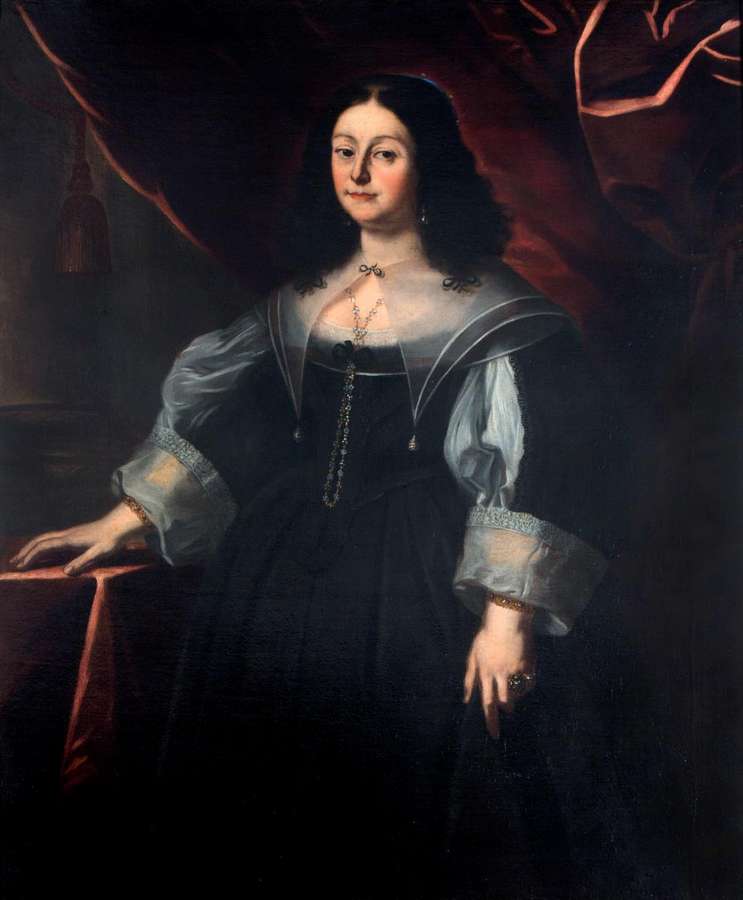