Venus with Mars and Cupid

This painting too comes from the collection of the Istituto delle Penitenti and has been attributed to Francesco Pittoni. The artist’s mature pictorial language is evidenced by the fluid and natural movement of the characters as well as by the use of delicate light colours complemented by the vibrant golden yellow of the mantle of Venus, and the bright red and cobalt blue of the clothes of Mars, with the latter admiring his reflection in the mirror that Venus holds for him while Cupid turns his eyes to the viewers.

This profane subject might seem unfitting for an institute for the redemption of penitent women, where iconographic references were supposed to inspire prayer and spiritual meditation. Yet Venus, the goddess of seduction, could be read as an allusion to prostitution (the yellow mantle would confirm this hypothesis), acting as a constant admonition to the young women living in the complex to be firm in their resolve to change their way of life and resist the temptations of profane love, fully embracing the love of God. 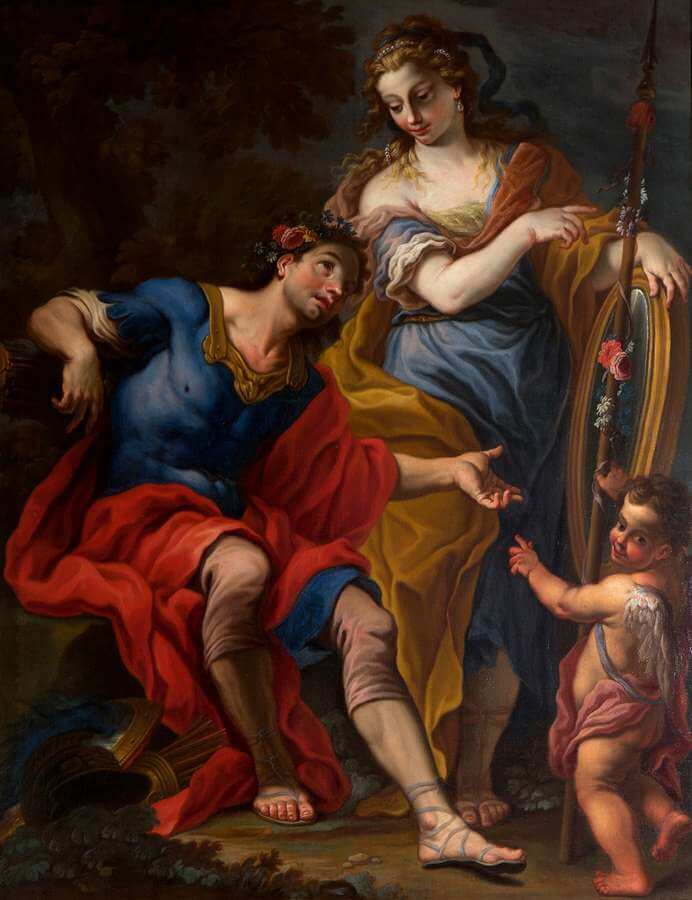